Pipe hails from the south side of Chicago and you can hear it in their tough no nonsense hard rock sound. Stephen Favarato (vocals/guitar) responded to a Craigslist ad from Frank Damiano (lead guitar) as he was in search of a muse to ink some songs. Two days and a few emails later they had Two songs finished….ahh the wonders of the internet. They met the next day and found themselves onstage doing an open mic night and laying down some Zep, Alice in Chains thus welding the bond. Their first album entitled “Shovel mouth” was finished in 2008 and brought a modern hard rock/metal sound that is a grinding churn of several influences. Several personnel changes later, Pipe found there cut to the bone core when they added former Well of Souls drummer Paul Brodlo and local Chicago bassist John Sterba . The new sound went back to their true love and style combining all the influences they grew up with. Hard rock, a slather or blues and at times hint of country and western rounds out the knock out punch of Pipe’s sophomore offering “Hit This”. Released in 2014 Hit This was recorded in Chicago but then brought to New York and the doorstep of Sonic Stomp Studio and into the hands of Mike Orlando guitarist/recording engineer for Adrenaline Mob. His take on the music sent it to the next sonic level and brought out the real barn burning sound of Pipe. Their style and sound is most notable in their debut video “Play that Johnny Cash song”, a true life tale of a wild party and heavy dose of the man in black.

They say 3 times is a charm and with the release of Pipe third CD “Down in the Smoke” they hope this holds true. Southside Chicago based Pipe feels this is the best work to date as the band mates really have had time to gel as a unit. Recorded in Chicago at renowned Rax Trax studio, the process was set I to play. “Amazing facility and staff” the band praised. Then on to world renowned guitarist, engineer, and producer Mike Orlando for the mix down and master at Sonic Stomp Studio in NYC. Down in the Smoke is a collection of hard rocking hook fill “rolling to a party” fun. From the opening track “Call you out” you really feel the bands old school roots with a modern twist… Then Pipe slams you with the title track Down in the Smoke…..a true to life tale of growing up in the south. This is the perfect lead into “Drug Dealer ” … everyone’s dilemma. The 4th track “Brother” hits on a bit more of a serious note beginning with Johnny “Pummel” Sterba’s cool grinding groove into its haunting vocals from lead singer Stephen Favarato and raw dynamic blend with the band. Lead guitarist Frank Damiano really lights it up with his multi-tiered blend of blues and shred set this on fire and drummer Paul Brodlo crescendo on the drums is simply murderous. Moving into “King of the Highway” the band flex back to their country and Western rock roots for this barn burner about staying on step ahead of the law.  “I hate last call” the word no one wants to hear…is the perfect blend of bar room bluesy beer smack talking fun. Rounding this compilation out Pipe takes you back to Southside Chicago with Bridgeport Girls. A true to life tale of the gals you don’t wanna cross. Catch up with the latest by Pipe “Down in the Smoke” as it’s hook filled hard rock mayhem will stay in you every day rotation for quite some time. 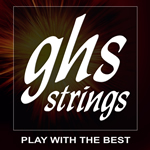